Many of us lack the time or willpower to do the exercise our body needs to keep in good shape, and both are needed to a greater or lesser extent. Not to mention those people who by injury, overweight or any other physical problem do not have it easy to move.

With this in mind, will the day come when we can replace the sport with a pill that has the same effects? It sounds futuristic but the idea is not so far away.

This year a group of scientists has found a mechanism that activates in the mammalian body one of the responses that are activated when exercising. This could result in a drug that replaces or facilitates physical activity in those who need it.

Piezo1 and the blood supply

The key is a protein called Piezo1, present in the walls of blood vessels that go from the heart to the stomach and intestines, and that is able to detect a change in blood flow during physical activity. The researchers called this protein an exercise sensor.

When we exercise, the heart sends more blood through the body. Piezo1 protein detects increased pressure in the walls of these arteries, and slightly alters their activity to contract them. This reduces the risk to organs that do not need it at that time, leaving it free to reach the brain and muscles.

This is an important advance because it identifies for the first time one of the bio-molecular mechanisms with which the body responds to exercise. If it is possible to activate that response in other ways, scientists believe they can get the benefits of exercise triggered at other times.

You may also like to read: For good muscle health, have good levels of vitamin D

They are not the first to seek an alternative mechanism to achieve the benefits of sport. A few months earlier, another team of scientists announced new results on a drug that not only boosted athletes performance, but also added some added benefits, such as taking less weight or better controlling blood sugar levels. 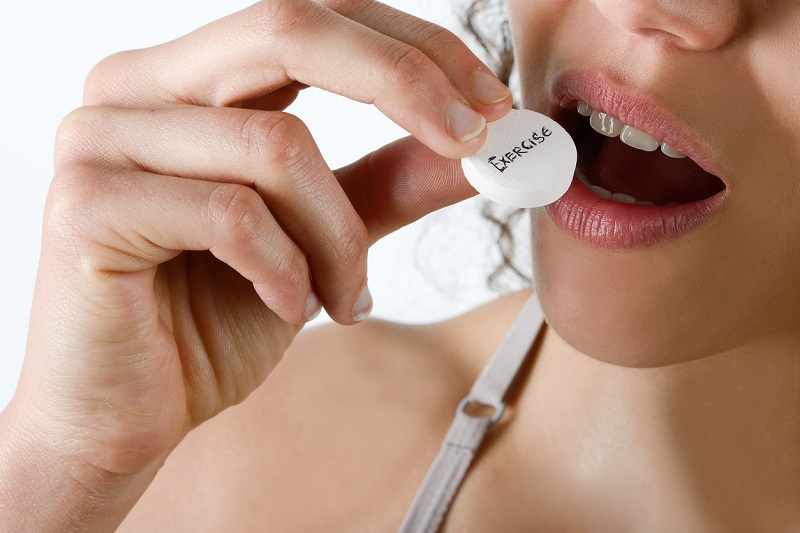 The drug bears the professional name of GW501516 and has previously been shown to boost stamina levels and accelerate fat burning. In an experiment with mice, he showed that it affected about 1,000 genes, activating some and silencing others.

Some of them are related to the conversion of sugar into energy, which could explain the increase in sports performance, as it postpones the moment when a sugar drop produces a feeling of extreme tiredness, something that until now was only possible to achieve training enough.

These advances and discoveries open an interesting ethical debate. For example, what should be your relationship with professional sports and those who practice it. Some of them have been banned in official competitions, such as the Olympic Games, since in the end it is a type of dopping.

On the other hand, as we explained here, physical and metabolic changes are not the only effects of exercise in our body. Psychological benefits, among others, can hardly come from the hand of a pill.

Be the first to comment on "Can a drug cause the same benefits as exercise?"