Cholera is a condition that is not often talked about in the Western world, but it does still occur in developing countries where they do not have access to the levels of hygienic water that we often take for granted. In some cases, they also do not have the same sanitary functions and drainage that is available to other countries. In Western countries drains take waste products and water away from our homes and can be maintained using Drain Lining, whereas developing countries have much simpler means to remove waste from their homes. 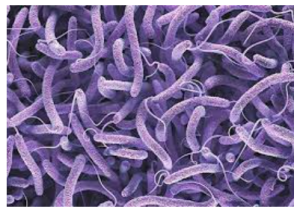 This is why Cholera still presents a very real risk for developing countries. It is a waterborne disease that is spread through contaminated water. It still exists in countries such as Africa, Haiti and Southeast Asia and causes symptoms such as severe dehydration and severe diarrhoea. It can in some cases when left untreated, be fatal. The disease can be easily treated if there is access to the right medications and it can be avoided if adequate sanitisation is available to communities and overcrowding can be combatted. 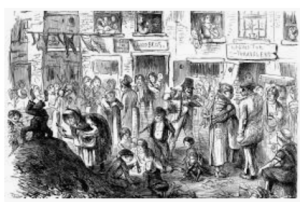 In many cases, individuals who are exposed to the bacteria that causes cholera (Vibrio cholerae) don’t display any symptoms, but they can still pass on the bacteria to others through waste products and this is where the infection risk increases dramatically for dense, overcrowded populations that do not have adequate sanitisation and freshwater.

The bacteria releases a toxin that affects the small intestine and causes the body to lose water resulting in diarrhoea and dehydration. This can occur as a result of contaminated water that can be found in:

The symptoms can be treated with antibiotics if necessary as well as replacing lost fluids through rehydration and in some cases, this might include the use of intravenous fluids and zinc supplements. It is important that electrolytes are replaced as well as water.

In most cases, the symptoms of cholera can be treated effectively but it is important that pregnant women, young children and those with pre-existing health concerns seek medical advice if they become unwell.

The best defence that the world has against Cholera is to help provide adequate sanitisation and clean fresh water to developing countries. There are many charities that are working tirelessly to help bring safe water to communities that could otherwise be ravaged by diseases like this.

The benefits of bespoke jewellery