We are very used to TV presenters. They seem a professional, easy-going bunch of people that we invite into our homes on a daily basis. They have been funny, nice, rude, a bit posh and sometimes common. We’ve always needed a decent reception from our aerials to view them and that’s why the work of TV Aerial Repair Bristol based company https://aerial-installations-bristol.co.uk/ is a vital service.  How have these stalwarts of the screen changed? 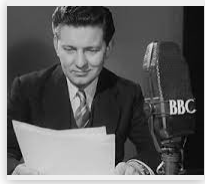 When Television was very new the people in the Government who looked to control it were worried. It was, as Lord Reith called it, a social terror of the highest magnitude, it if wasn’t properly presented. It was thought that TV would cause such social upheaval there would be riots in the streets. However, they also saw it as a great way to educate the masses and to improve their vocabulary. Perhaps the common accents would become a thing of the past? 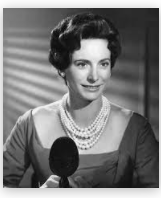 As with Radio they chose clipped, presenters speaking in Queens English, and received pronunciation lessons. They would wear dinner suits and look refined. What few women presenters there were would be in formal dress. They too would have the accents of the upper classes. There would be no regional accents of any kind. If you did have one you were considered educational substandard or worse, working class. As the years rolled by, and with the introduction of regional programming from ITV, this changed and more Welsh, Scottish and Northern accents crept into the presenters that were seen reading the news or conducting programs.

Be the first to comment on "TV presenters through the ages"