The UK has a long history, which is evident when you spend some time walking around. From buildings to road names, there are many things that make up the history of the UK and contribute to how it is today. Here are some things that you might find from the country’s past…

Pre-Roman – Before the Roman invasion of the UK, the people lived simply and off of the land. The early UK people were heavily influenced by the cycles of nature, due to their strong reliance on it, but also were very aware of the movements going on in the solar system and beyond. The best evidence of this are the ancient structures that are built to align with significant astronomical points such as the midsummer solstice. The best example of this is Stonehenge in Wiltshire, but there are many other sites like this all over the British Isles.

Roman Times – There are many things that the Romans brought to the UK which are evident in many areas. The Romans brought road building, new technology and of course a new language. This is something that you can still see in the Roman towns all over the UK such as Gloucester (known as Glevum in the Roman period). In fact, part of the wall surrounding the city, known as the via sacra is still possible to see there, you can actually walk the via sacra walk if you fancy it! 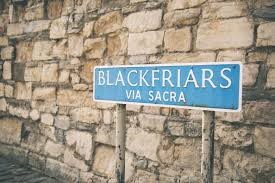 The Anglo Saxons – In the 5th Century, the Romans left and the country went through a period of change. In these times there were lots of differences in the country that we know today, including the fact that the country was separated into different kingdoms such as East Anglia and Wessex. Something that you might find from this period of time are some of the coins that came about, such as those bearing the portrait of kings like Eadgar. If you think you may have found one, you can check this with an expert like these coin valuers UK based www.gmcoins.co.uk/

The Norman Invasion – The famous invasion of Britain in 1066 by Norman forces, made William the Conqueror the King after the famous battle of Hastings which saw King Harold fatally wounded. This became the medieval era. This lasted from 1066 to 1485, and many changes were made during these times. The most obvious thing that stands from this period is the Tower of London! Work began on the tower in 1078, and it still stands in London to this day as a major tourist attraction. 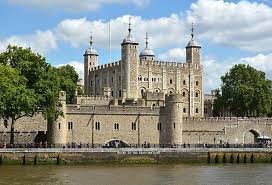 The Tudor Period – The Tudor period began in 1485, and this was a time that shook the very foundations of the establishment. The most famous Tudor monarch King Henry VIII oversaw a great deal of changes during his reign including that of the break away from the Catholic church. Establishing the Church of England and the dissolution of the monasteries changed the UK permanently, and the Tudor buildings in their striking black and white are visible in many towns and cities in the UK today.